Get fresh music recommendations delivered to your inbox every Friday.
We've updated our Terms of Use. You can review the changes here.

From Love and Information - EP 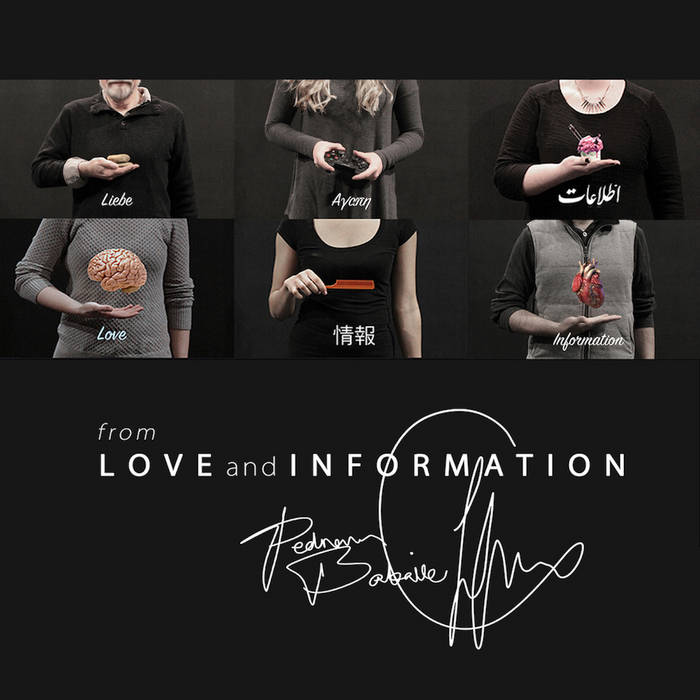 “from Love and Information” is a fragment, containing five pieces extracted from the 60 minutes long original music composed by Pedram Babaiee for the premiere performance of Caryl Churchill’s play Love and Information in UMass Amherst, Directed by Nikoo Mamdoohi in 2016.

Pedram Babaiee ( pronounced: pɛdrɑm bɑbɑɪ - پدرام بابایی ) is a post-classical/minimal music composer and producer -born on April 1992- distinguished as the bearer of Iranian music legacy in his generation of contemporary classical composers. Babaiee's mostly known for his unique musical expressions in composition and his notable catalog of solo and chamber music works repertoire. ... more

Bandcamp Daily  your guide to the world of Bandcamp